Purchase and sorting of collected textiles

In the Netherlands, textiles are being collected by companies, such as Salvation Army Reshare and HVC. Wieland purchases used textile from these organizations in order to sort it for re-use as a product (second-hand clothes) or as a material (such as cleaning clothes). As a result of a comprehensive network of excellent business relations in markets for second-hand clothes in Europe, Africa and Asia, Wieland can offer attractive prices for collected textiles in the Netherlands. Subsequently, the collected textiles are sorted, the activity Wieland has brought to the next level. This overview gives an impression of the sorting process of Wieland. 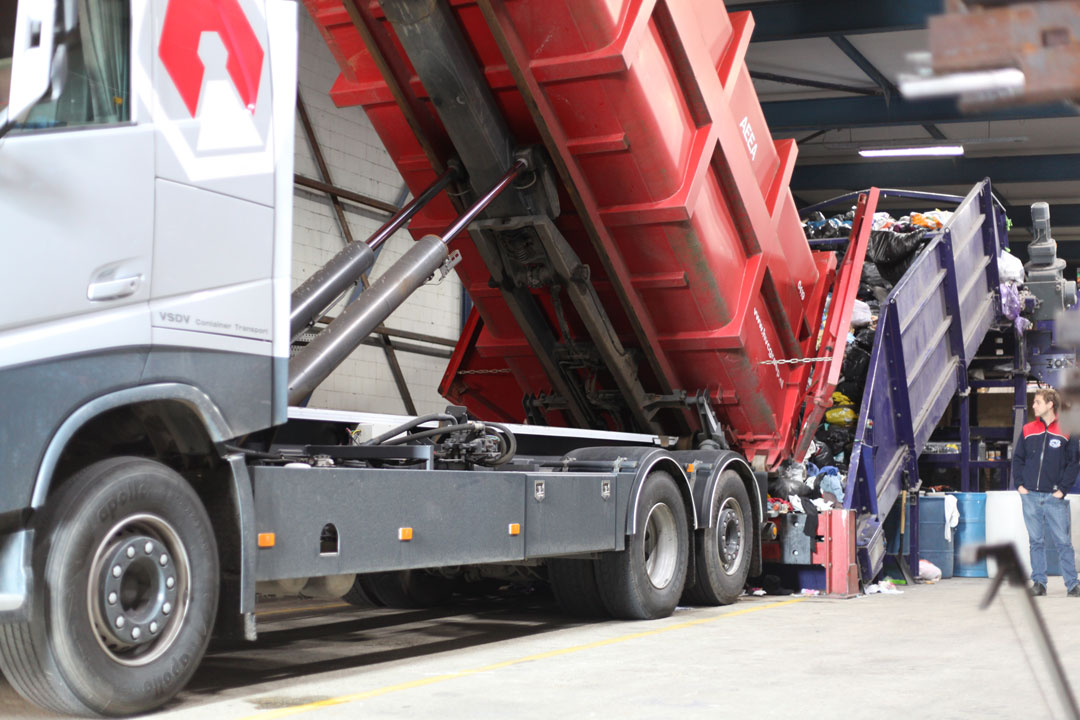 Whenever a truck with ‘original’ – professional jargon for unsorted, used textiles in bags – arrives at the business location in Wormerveer, these materials will first be weighted at the calibrated weighbridge. Then the bags containing used textiles will be placed on the conveyor belt in the hall ‘Intake goods’. 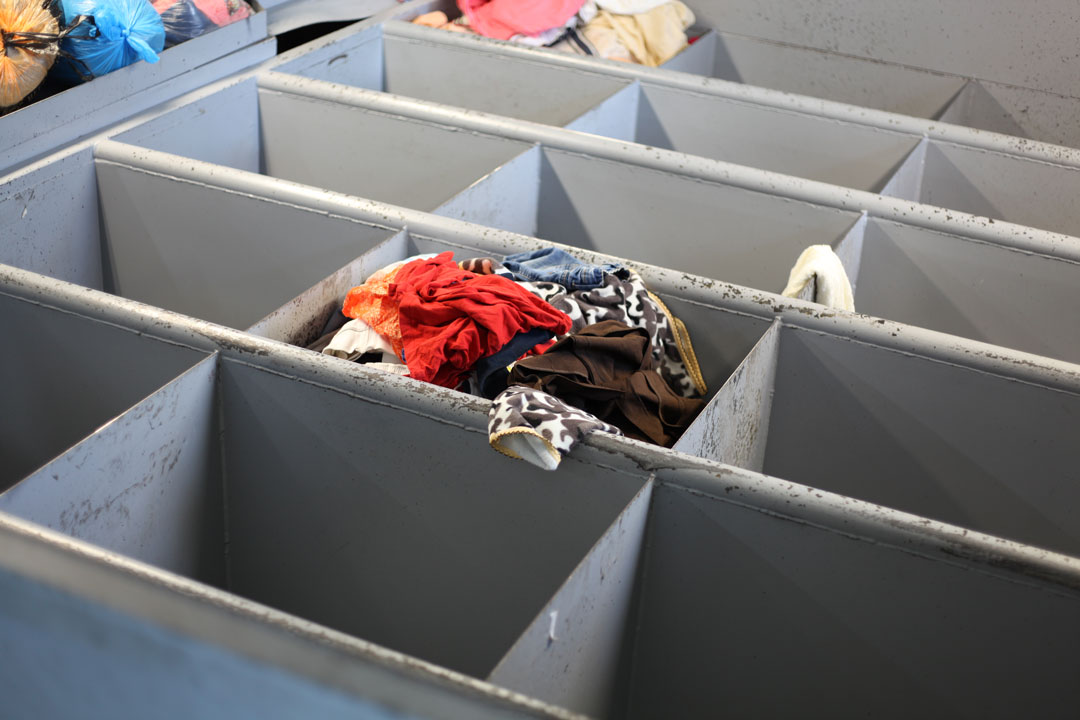 The materials are ‘cleaned up’ at the conveyor belt by removing household waste, pillows and duvets, paper and other kinds of waste. Subsequently, pre-sorting takes place: the bags will be opened, several kinds of textile products, such as handbags, hats and shoes, are sorted and waste fractions, such as wet textile and household waste, will be removed. During the pre-sorting process, in general two fractions are separated in preparation for post-sorting: a fraction with re-usable products (in particular garments and shoes) and a fraction with textile materials that can be re-used as a raw material. 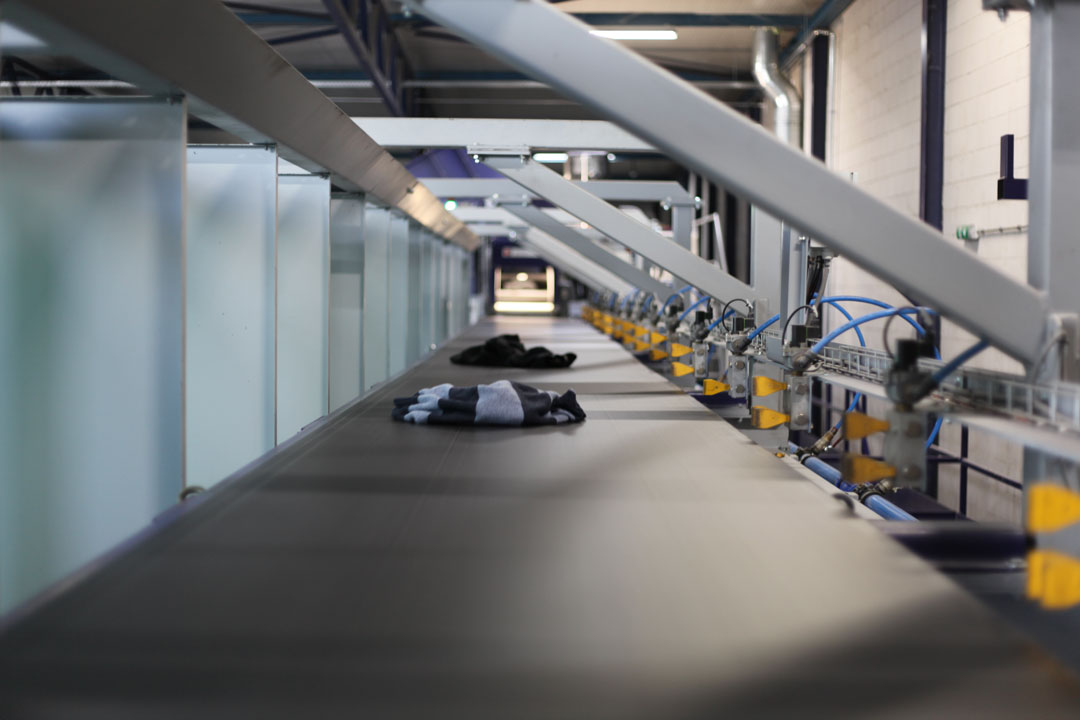 The remaining wet clothes are partly dried mechanically and added to the original. The unusable wet clothes are stored with the remaining waste fractions in a container that is transported by a waste processing company once a month to the nearest waste incineration plant. As soon as post-sorting is finalized, the re-usable garments are being sorted by qualified employees in approximately 300 product categories, from baby and children’s clothing up to trousers, sweaters and T-shirts for adults. For each product category, Wieland operates on specific markets. Warm garments will be exported to colder regions in Eastern Europe and Afrika. The biggest amount of all sorted garments is traded in Afrika.

The amount of waste in the collected materials depends on the ways the used textiles have been collected. In particular the ‘original’ out of central textile containers contains a lot of waste: approximately 15 per cent at average! The textiles from above-ground containers that are unloaded manually, contain less waste – approximately 7 per cent at average – mostly because the person that unloads them already takes out a lot of waste. Used textiles that are collected at private households have by far the cleanest original. Probably, psychological factors are playing an important role during this process. The anonymous character of textile collection at central locations seems to encourage some kind of indifference, because it seems the easiest way for citizens to get rid off their waste.

We use cookies that provide an optimal user experience. By accepting this notification or by continuing to use our website, we know that you agree.